Our Products / Counterfeit Medicines - Is The Threat Real Or Fake
November 21, 2017

The primary danger in taking a counterfeit medicine is that you are putting something into your body that may not help your current condition, or in the worst cases, could harm or even kill you. Counterfeiting happens all over the globe, but it is most common in countries that lack stringent standards to regulate the production of medicine. The Centers for Disease Control estimates that 10%–30% of medicines sold in developing countries are counterfeit. In the industrialized world (countries such as the United States, Australia, Japan, Canada, New Zealand, and those in the European Union), estimates suggest that less than 1% of medicines sold are counterfeit. However, no country is immune to the threat of counterfeits as even these countries have seen counterfeit medicines enter the supply chain.

So how big a risk is this to the average consumer? Can you tell something is counterfeit just by looking at it? You can put your knowledge of fake medicine to the test by watching :The Fake Medicine Quiz Show,” filmed on location in our counterfeit testing lab in Groton, Connecticut. We’ll ask a series of questions to test what you know about fake medicines, and then give you the answers and show how you can protect yourself and your loved ones from the dangers of fake medicines. You’ll also learn about the proactive role Pfizer is playing to keep these fake medicines from reaching consumers.

about how Pfizer fights fakes: 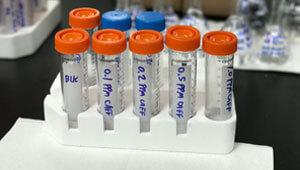 Counterfeit Medicines - Is The Threat Real Or Fake